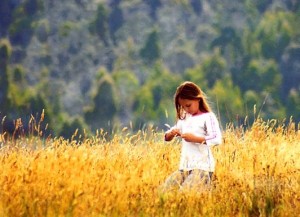 I remember my first year as a homeschool mama. We had just pulled my daughter out of public school. She was going into the 4th grade, only because she had been through 3rd grade twice, and she could not do 3rd grade again. My middle son was going to start kindergarten. The summer before we started homeschooling everything changed.

My daughter had had a couple of very rough previous years. At one time, the year before, she was on a ton of medication. It seemed the doctors had diagnosed her with everything from ADHD to OCD. And when one medication gave her an unbearable side affect, they would try and correct the problem with another medication. She was alive, but not living. I knew something had to change. She was overweight from the medication she was on. Most of the time, she looked “glazed over”… just going through the motions. She had attempted suicide both times the doctors had tried to wean her off the medication. My heart felt like it was in shreds.

I cried out to God time after time for the answer. This was not what I believed my family was supposed to be like. We were all suffering, though not as much as my daughter seemed to be. Nonetheless, it was taking a toll on my marriage, and our family.

Before withdrawing her from the public school system, I was torn between excitement, and dread. I was looking forward to having some one on one time with my youngest son. However, I was full of dread at the thought of having two of my children in the same system that seemed to have failed my daughter, not once but twice.

The answer to my out crying came in a most unexpected way. We were on our way to the free movie at our local theater, and the thought hit me again. HOMESCHOOL. I was instantly filled with a plethora of emotions, excuses, and fears. I was also filled with a new excitement, hope, and visions of what our homeschool could be like. I felt it tugging at my heart, and I knew that this was what I was supposed to do. I prayed about it, a lot. I was going back and forth in self dialog, weighing the pros and cons. I believe my caution was from fear. Fear of failing my children, my husband, but most of all, my God. Could this just be some ridiculous idea I had concocted in my head? Or was it something more?

Confirmation came to me in so many ways. In little ways, that would probably mean nothing to anyone else. To me, however, it was exactly what I needed. 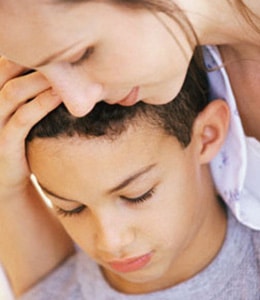 We have now started our third year of homeschool. Whoo-hoo! Not because of anything I have done. Grace, oh, beautiful grace. I am happy to share with you; my daughter has not been on any medication since we started homeschooling! A decision, we made against the advice of the doctors. In case you are counting, this summer was a full two years. Halleluiah! It is amazing the reactions we get from people that used to work with her, old doctors, or teachers, or counselors. They can hardly believe this is the same girl. She is full of life now, and medication free. We started her back in 3rd grade in 2007, and she is now in 6th grade! She has worked very hard to get where she is. She is growing into a beautiful young woman. Now, before you think it is all roses and butterflies, not so… but grace and mercy are evident in all of our lives. And, we are living, in liberty. Loving, laughing, and learning, together, for LIFE.

The first year of our homeschool adventure was one of the toughest things I have ever done. My daughter had to learn a lot of firsts all over again, not just academics. She was learning to live with out the medication she had been on for 6 years. Learning new ways to cope with things. Learning to slow down, and think things through. Slowly, though, I began to see a change. Glimpses that kept me going, because believe me, there were numerous times, I thought I was going to crater. I doubted what I believed God had told me to do. I was fearful I had made the wrong choice, and my children were suffering because of it. But, God has been faithful, and remains my strong-tower.

So be encouraged. If you are a mother or father, questioning the call to homeschool, be encouraged. Your story may be like ours, or it may different. But, you are your child’s parent, by design. It is no accident your children are in your care. In other words, there is no one more equipped, to teach your child, than you. You already have everything you need to accomplish the task you are being called to. Intimidating; Yes. Inadequate; Yes. Doing what I was created for; Yes! Face the new school year with hope and prayer. Enjoy those you have been entrusted with, for they are only yours for a season. Live every moment to the fullest! And remember, grace, beautiful grace.

I would have never imagined in a thousand years I would be living life like this. But, I can’t imagine it any other way now. Beautiful Grace. Where would I be without it?

Written by Loni, blogging about evident grace, daily life, and our homes-cool adventure at Hearts-In-Training.

Brenda is a homeschooling mother of 5, who has a wonderful husband encouraging her to be the best woman that God has created her to be. Together they are very intentional about spending time together as a family. She considers her daily life with her children as her ministry and has found many avenues to encourage others to live a lifestyle of learning. She is the founder of a curriculum review site authored by a group of well-known homeschool bloggers, The Curriculum Choice.

Homeschooling at the Speed of Life
Evan Moor History Pockets