The Mystery of the Periodic Table

Do you ever plan too far ahead? That happened to me with science curriculum. I bought Noeo Physics 1 and Noeo Chemistry 1, but we worked through the physics material so slowly that by the time we got to the chemistry material, my daughter had outgrown level 1!

Fortunately, Noeo is a living books based curriculum. And good books are good books no matter their level. So I decided to simply beef up level 1 with some extra books that take a deeper look at the subject.

The Mystery of the Periodic Table turned out to be an excellent living book for the study of chemistry! It’s one of those books that makes you constantly think, “Why, oh why couldn’t my chemistry studies have been this interesting?” Written by Benjamin D. Wiker, the book is a non-fiction narrative of the history of chemistry from ancient metal workers of the Neolithic period all the way to modern twentieth century scientists who artificially produce new elements. Of course, the meat of the book covers all the scientists in the middle – Robert Boyle, Joseph Priestly, Henry Cavendish, Antoine Lavoisier, John Dalton, Humphry Davy, Dimitrii Mendeleev, and Ernest Rutherford to name a few. 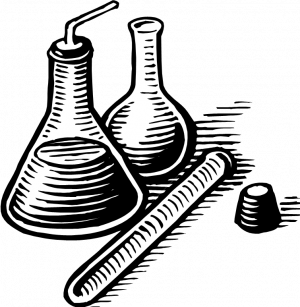 This one volume will take you logically through the major scientific discoveries that led to the creation of our modern periodic table of elements. When science is approached in this step by step way, even complicated scientific concepts are easier to understand. It’s as if you’re walking alongside the scientists, discovering what they discover through the years. You read about the experiments and the conclusions that the chemists make. Although their conclusions were often wrong, their questions or methods led other scientists to come to the right conclusions later on. In this way, the value of the scientific method is repeatedly emphasized.

The Mystery of the Periodic Table is not overtly Christian, but there are a few key passages that hint at the hand of a Creator. One example is in chapter 16, “Human beings, especially scientists, but also philosophers and theologians, are always suspicious. They have a deep down feeling that things are not just put together randomly, a strange intuition that, underneath it all, there is a conspiracy going on, a great conspiracy of order.” The entire book is devoted to the unveiling of that “great conspiracy of order” which is revealed in the periodic table of elements.

It is a fascinating read that makes chemistry both engaging and extremely comprehensible. There are nice line diagrams illustrating many of the concepts, and each chemist is featured in a small thumbnail portrait. There is a glossary at the back of the book, and pronunciations of the chemists’ names are included in the text. Another helpful part of the book is an appendix listing the elements by their date of discovery. making a periodic table of the elements

I read this title out loud to my 10 year old daughter. I don’t think that she totally understood all of the science of the book, but she did grasp the main ideas of what elements are and how scientists throughout history uncovered their existence and then arranged them as they discovered their properties. The book reinforced for her that scientists do not have all the answers; instead they are looking for answers through a lot of trial and error. As we read the book, we added the various chemists to our timeline, made a chemistry lapbook,  and made a wall chart of the periodic table (pictured).   Love2Learn has some study questions for each chapter of The Mystery of the Periodic Table.

Written by Jimmie, Charlotte Mason flavored mom of one.

Jimmie is mom to one creative teen. Jimmie's Collage is where she blogs about their Charlotte Mason styled homeschool. Her second blog, The Notebooking Fairy, features free notebooking printables and how-tos plus the eBook Notebooking Success.