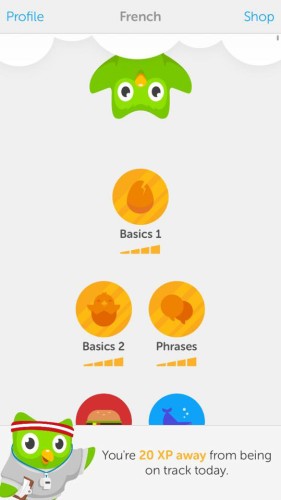 A few years ago my son mentioned he wanted to learn French. I thought of all the other, possibly, more useful languages we could learn based on where we lived. I tried, oh so hard, to convince him that he was crazy and we should really aim for one of those other languages. Not even slightly tempted he was so sure French was the way to go.

Eventually I found a fantastic sale on Rosetta Stone French Levels 1-5 which I purchased. I then began slowly working on learning some basic French much to the annoyance of everyone in our home.

“What do you want? I can’t understand you!”  “MOM, speak ENGLISH!!”  My husband offered the kids up some consolidation when he said, “I don’t know what she means, but when she sounds like she’s sneezing she usually looks at the dog. I think it means she’s allergic to dogs.”

My ploy worked though and before long my eldest began slowly working on his French as well. He became quickly frustrated and I told him the first lesson is the absolute hardest. Your tongue revolts against you, your brain screams in confusion and your vocal cords refuse to work properly. The point is it’s HARD to convince your body that you’re not saying the sounds to letters wrong!

Enter Duolingo. I really love Rosetta Stone for foreign language and I’ll have to take to review that at another time because right now I really want to focus on Duolingo. I’d heard of it many times. One evening while sitting on the couch trying desperately to remember the spelling and exact pronunciation of horse {Cheval if you’re wondering} I was reminded of DuoLingo.

It’s a free website dedicated to helping you learn one of many foreign languages. Sign-up is free, use is free. You can play it on the computer or use it as an app on your portable device. That evening I pulled up the computer version and spent some time reviewing lessons I’d learned over in Rosetta Stone.

Here’s the thing though, a few of those words that constantly confused me suddenly made sense! DuoLingo included a few notes to explain why words were suddenly being used a wee bit differently  and I had that “aha” moment.

How I Use Duolingo:

Honestly, at this point each of the kids has the app on their own portable device. One firmly refuses to get involved, mostly because the language of his choice is not available from DuoLingo. The other pulled it up to use and became slightly overwhelmed as DuoLingo intertwines a lot more spelling from the get-go than Rosetta Stone does. This is a hard thing for my boy with vision issues when spelling in English is difficult enough.

Instead I tend to get the most use out of it, bringing it up for my nightly bout of fun when the guys are playing Mario Kart. I find myself pulling the app up when I’m waiting in the car when on duty to collect people from their drop-off points. Or while waiting for someone to dash into one place or another. I haven’t become quite bold enough to use it while waiting in line at the supermarket because the app does speak to you and you are often asked to speak back to it.

What I love about Duolingo


Convenience. That’s probably the #1 benefit to this programme. There’s no need for my fancy headphones or loading it up. I don’t need a CD to get things rolling, I can simply go to the website or hit the cute little green owl on my phone and I’m off and rolling.

Constant practice. There’s sections both on the websites that allow for constant review, from testing yourself with flashcards {be honest folks!} or matching games. There’s even special review sections where they’ll mix up which words they test you on. 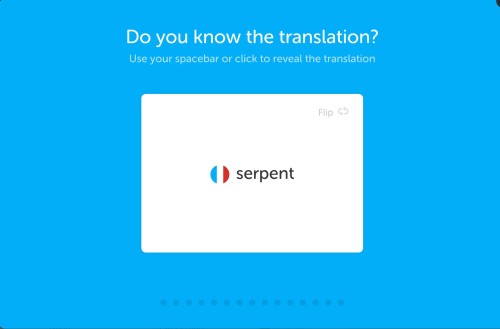 Notes. Notes will pop up to guide you along your way explaining why tenses change {I stink at French verbs!!!}, why a word may be appropriate in one sentence but not another.. such as like and love depending on if you’re referring to people or food. There’s also explanation as to knowing if words end in a or e based on pre tense of being male or female. I had quite a long laugh when whale had the female tense to it but wolf had the male.

Instant feedback. I’m not a huge fan of instant gratification as I know it has its faults, but there’s something about seeing your progress increase and hearing how much of another language you’ve mastered that spurs one onward.

Reminders. You can sign up for daily reminders via email and/or pop-up notifications. Here’s the deal though, fail to take notice of those pop-up notifications and apply yourself to your French Lessons and DuoLingo will let you know they aren’t pleased and stop sending you the notifications! I’m not kidding here folks!

Cheat Helps. I wouldn’t call them honest cheats, but there is a big advantage! When you learn new words in French you can hover over them to help you learn to spell them in French or be reminded of what they are in English. It sets you up for absolute success. I love that.

Completing. I find that DuoLingo complements Rosetta Stone (RS) so beautifully that I really enjoy being able to go between the two of them, although of late I’ve spent more time in DuoLingo than in RS.

I find the speech portion shaky. I much much prefer the way it works with Rosetta Stone, all though having said that RS gives me a few slaps because my enunciation or pitch can be off. It’s just a computer and the best way to be accurate is with a live tutor.

Accent. I’m going to go on the presumption that the accent the person on DuoLingo uses is perhaps based on the area in France the person is from. Or perhaps it’s an English speaking person talking in French?! I dunno, all I know is that they do say words differently than the way I first learned in RS. That used to annoy me because I was new enough to the language I wanted to hear it the same every time. 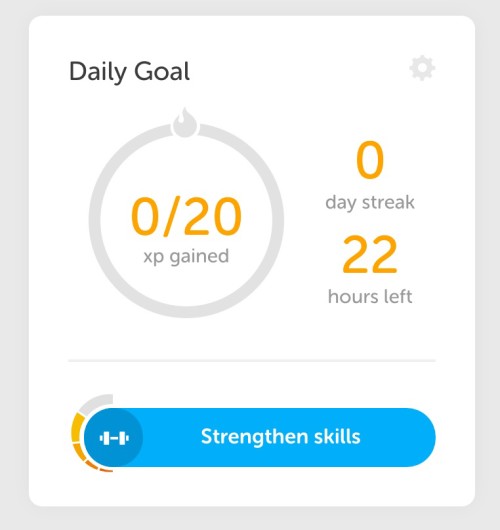 Errors. There are times when there are blatant errors and that’s frustrating for a new learner. If you click on “Discuss This Problem” you can go to a portion of the website where others have weighed in on if it’s really an error or not. Often if it is a true error a DuoLingo rep will state they are fixing it. Other times they back their stance on the situation for one reason or another. 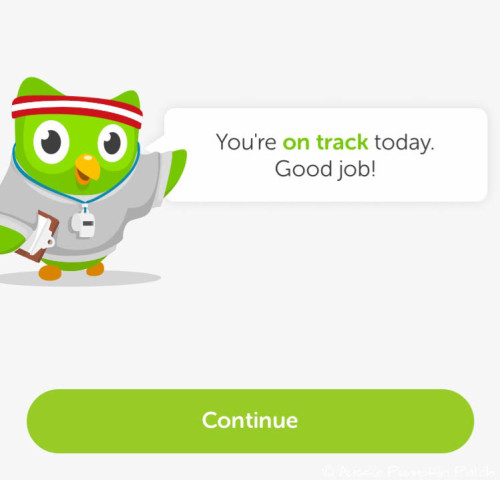 Spelling. This can be a big hold up for my boy. Spelling is not his strong suit in the English language thanks to his vision issues. He’s come a long long way, but now he wants to apply all that knowledge to spelling in French which can make it very frustrating for him.

Bottom Line for this Duolingo Review:

I’ve found the programme quite addictive at times, crazy but true! It’s really inspired me to get cracking on learning that second language, to share that knowledge {as best I can} with my children and even to seek out the French books in our library in order to see how many words I can pick out of the text.

To find out more about Kendra’s French Escapades check out: blog.aussiepumpkinpatch.com 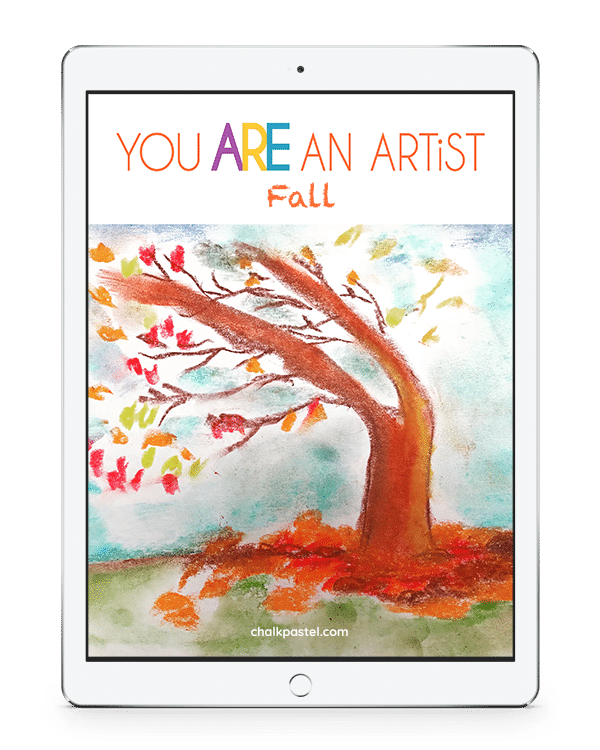