When you begin to learn Mandarin Chinese, one of the first things you discover are the repetitive graphical components within different characters. For example, can you see what look like three little water drops within these water-related characters: 江 (jiāng / river)，河 (hé / river),  and 湖 (hú / lake). 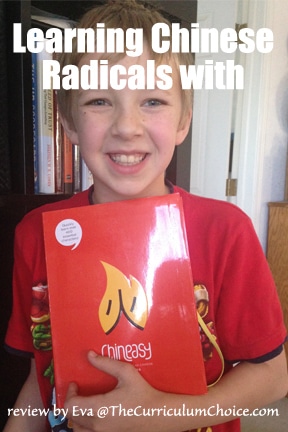 These repeated graphical components are called radicals and they are as essential to Chinese as the alphabet is to English. There are over 200 radicals in the Chinese language. But before you get intimidated by that number, here is the good news. Mandarin Chinese radicals largely fall into a few categories, and closely resemble what they represent. Here are just a few examples in two categories;

Learning radicals is a great way for Chinese learners to make educated guesses on the meaning of unfamiliar characters and quickly get comfortable with reading and writing Chinese. Many perceive Chinese to be an especially difficult language to learn, but when you approach learning Chinese in a systematic way, you’ll be amazed at how quickly you begin to pick up the language.

The book teaches the key characters or radicals on which the language is built and how these characters can be combined to form more complex words and phrases. (Additional Chineasy products include flashcards

you can mail your friends.)

For example, in the illustrations below you see the fire radical has been transformed with a cute illustration to resemble its meaning, fire. Additionally, the mountain radical is also an easy one to remember.

These radicals have meaning on their own but can also mean something when combined with different radicals. In the next illustration, you see fire and mountain combined. Can you guess the meaning? You got it … volcano.

There’s huge interest in Chineasy at the moment: The TED talk has almost 2 million views and the book is currently selling extremely well on Amazon. Chineasy works brilliantly for people who have no experience with Chinese but want to gain an insight into the culture and language.

It is very important for Chinese learners to know the Chinese radicals and this book makes that enjoyable and easy. However, the book is not intended for those who are studying Chinese more seriously, though it can still be a useful resource.

You won’t find a pronunciation guide and will thereby not likely know how to speak any of the words. Using Chineasy, you will undoubtedly learn a number of Chinese characters through some beautiful imagery and develop a better understanding of the culture.