While perusing the library’s database in search of books about Native Americans, I discovered a wonderful little series of Native American legends written by Terri Cohlene and illustrated by Charles Reasoner.  There are six titles in the series.  Each presents a legend and a different tribe of Native Americans. 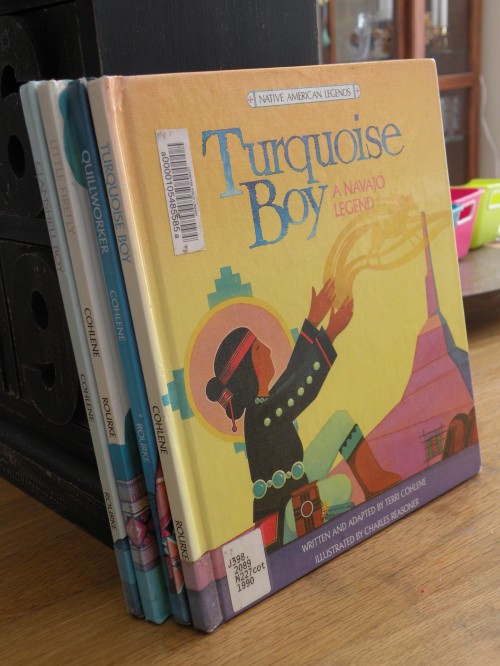 Clamshell Boy is a Makah legend telling how a boy, born of a mother’s tear, saves a group of disobedient children from the evil Basket Woman.

Dancing Drum is a Cherokee legend that tells the story of a boy as he tries to save his people from the wrath of the sun.

Ka ha si and the Loon is an Eskimo legend that shares the tale of a sleepy boy who wakes to become his people’s hero. 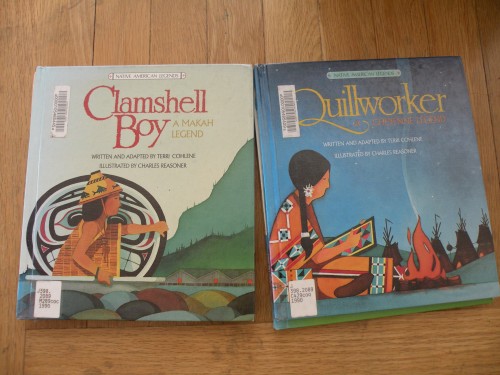 Little Firefly is an Algonquian legend that relates the Cinderalla-like experiences of a young girl as she seeks to follow her mother’s advice, sent to her in a dream, to find The Invisible One and the happiness that accompanies him.

Turquoise Boy is a Navajo legend about the son of Sun Bearer and Changing Woman and his desire to make life easier for the people of his land.  He takes a quest to the corners of the world, returning with gifts that become horses.

Quillworker is a Cheyenne legend that explains how a young girl and her seven adopted brothers escape the Buffalo Nation and become stars. 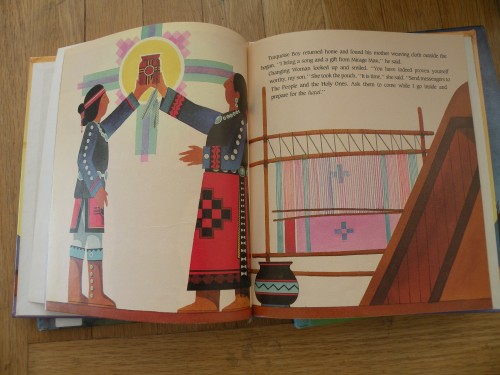 I am drawn to these books by both the illustrations and storytelling.  The illustrations are detailed and beautiful, representing the people and their natural surroundings faithfully.  The legends have been rendered in powerful, direct language, creating stories that are detailed and well-told but not too long for young listeners or readers.  As a bonus, each book contains information and images sharing the lifestyles and customs of the tribe highlighted by the legend. 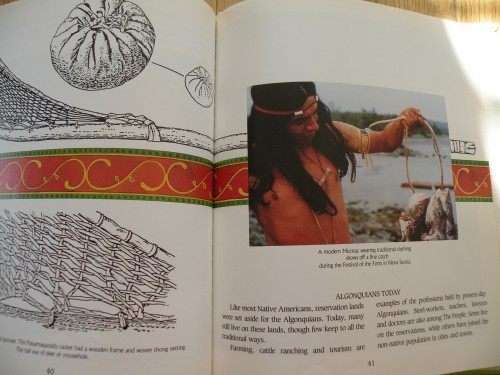 There are several additional titles in the series that are still illustrated by Charles Reasoner, but the author is Gloria Dominc:  Brave Bear and the Ghosts (Sioux), Coyote and the Grasshoppers (Pomo), First Woman and the Strawberry (Cherokee), Red Hawk and the Sky Sisters (Shawnee), Song of the Hermit Thrush (Iroquois), and Sunflower’s Promise (Zuni).  My library does not currently have any of these, so I am at the mercy of inter-library loan.  My guess is that they are well worth the wait, though!

I must warn you that these books are a little difficult to find.  My library carries four of the six by Terri Cohlene, and I have requested the other two on inter-library loan.  Amazon seems to have a few, too, so they must be out there somewhere.  Keep your eyes open!

Susan S. is a mama of three who loves the thrill of finding a good book.  Her third-grader, first-grader, and preschooler learn in a sort-of classical, Charlotte Mason-y, a bit of traditional kind of way.  The family appreciates the blessing of home education in all of the ways that it happens.