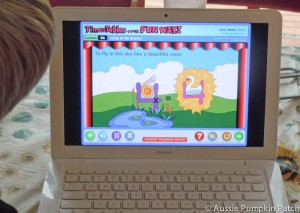 Until the 2011 school year started both of my boys had been doing five days worth of living math lessons. I loved our time with it. This year, however, I decided to put them into Teaching Textbooks.

One of the things I used during our lovely Living Math Lessons was a programme called Times Alive! I found it rather by mistake while doing my daily blog hopping. Before I knew it I’d stumbled upon the City Creek Press website and was in total awe of their multiplication programme.

I confess, that despite my child being officially in third grade at the time and having an amazing grasp on a variety of math subjects from simple to complex I hadn’t branched out with multiplication yet. No, rather I’d been teaching him “groups of” with a fun game we’d been playing. After a quick chat with my husband about what funds were left in our homeschool budget I purchased Times Alive! and never looked back.

Times Alive! is not entirely unique as I know there’s another song and story programme out there for children to learn their multiplication facts. 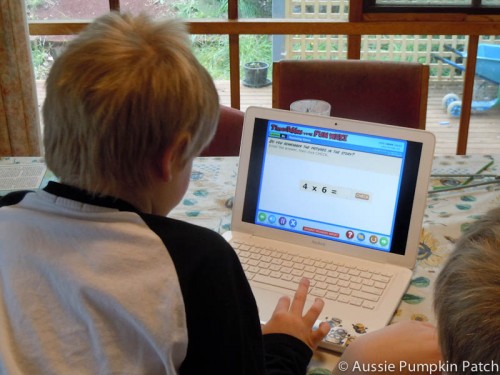 The story for this particular math problem is that two snowman {shaped like 8’s} go walking on a cold winter night. They get really cold when they stumble upon a sign that tells them they can have the sticks for the fire. Super simple. 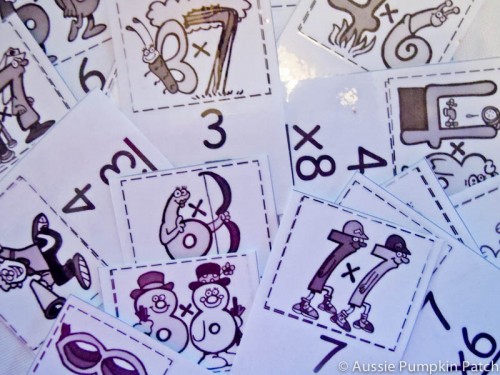 After my son learned all the fact families I discovered City Creek Press also sells a learning pack to compliment Times Alive! Included are flash cards with picture clues, posters to color in and a few other simple goodies. It was offered inexpensively as a download. We all worked together coloring in the posters for my son’s math notebook. I laminated all the flash cards and we go through them {little brother too} each morning before we get going with any of our other school stuff. 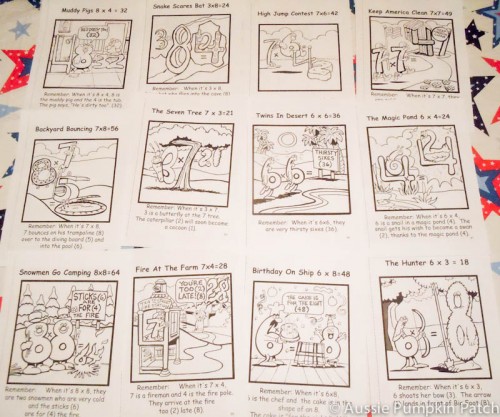 My kids love this programme and have learned their multiplication facts with ease. I feel eternally grateful to the people over at City Creek Press for that! I wish their addition programme was also in video/song format.

Extra:
You can check out more of the songs, picture to color in, and test over at City Creek Press if you’re interested in knowing/seeing a little more.