Our journey through time with Susan Wise Bauer’s children’s history texts, The Story of the World, brought us to the Middle Ages this year. 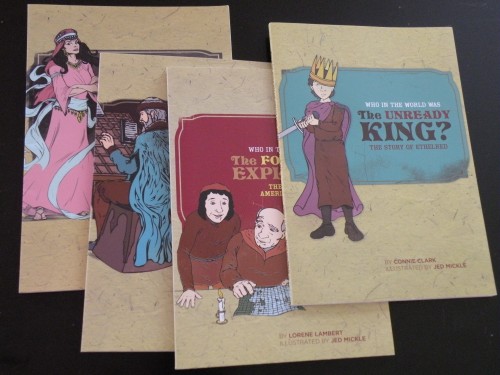 It was quite the exciting romp:  We watched as Rome fell, sat entranced as the barbarians invaded, learned about the rise of Islam, discovered exciting events happening in China, Japan, and Australia, sailed the seas with the Norsemen, established the English throne, were scattered with the Jews and new Christians, felt the terror of the Black Death, travelled to Africa to see the great kingdoms there, explored new worlds with Henry the Navigator, Columbus, and others, viewed the America kingdoms—the Maya, the Aztec, and the Inca—in all of their glory, entered into a time of rebirth and reform with da Vinci and Martin Luther, and finished the year with Queen Elizabeth I and the Bard.

Our primary text was The Story of the World:  The Middle Ages, the second text in the series. 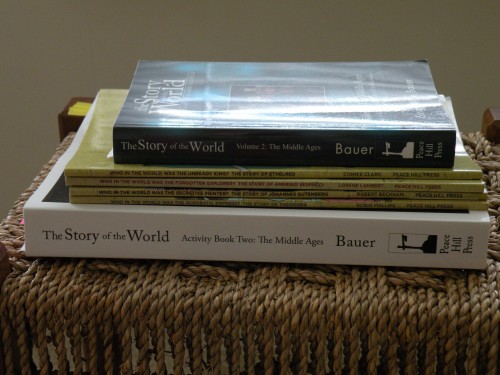 I supplemented Bauer’s storytelling with an extensive list of books from the library.  Some of them were recommended by the activity guide that accompanies the main text, and others popped up in searches of our library’s holdings.  The children and I were delighted to find a vast body of work discussing early England and the Celts, knights, castles, and Robin Hood, and the Norsemen and their gods.  Even Joan of Arc was amply represented.  Other areas were lacking.

It is simple to find additional books for children in some historical subjects, but others are woefully slim.

Peace Hill Press is working to fill that void with a series of children’s historical biographies published under the title Who in the World? There are currently four titles in the series.  Each correlates with a chapter in The Story of the World:  Middle Ages.

Who in the World Was the Acrobatic Princess?  The Story of Theodora accompanies Chapter 4, which discusses the Byzantine Empire.  Emperor Justinian and Empress Theodora are not on the list of historical topics widely covered by the local library’s children’s department.

Who in the World Was the Unready King?  The Story of Ethelred accompanies Chapter 15, the tale of the early kings of England.  King Ethelred and the heavily bearded Viking king Sweyn Forkbeard who defeated him are not popular picture book topics, either. 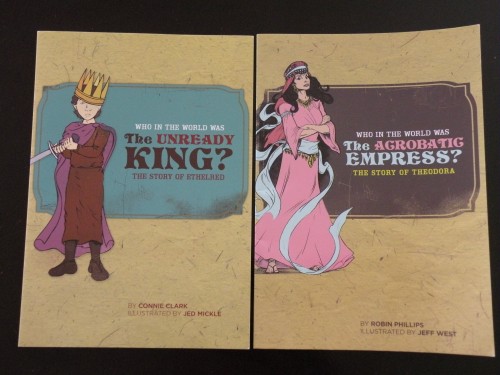 Who in the World Was the Forgotten Explorer?  The Story of Amerigo Vespucci accompanies Chapter 31, which is entitled “Exploring New Worlds.”  While Vespucci finds his way into a few children’s books, it is only for a mere mention.

Who in the World Was the Secretive Printer?  The Story of Johannes Gutenberg goes along with Chapter 35, the story of the Renaissance and the beginning of the printing press.  There are a surprising number of children’s texts about Gutenberg.  Unfortunately, little is known of his life, making him something of a mystery. 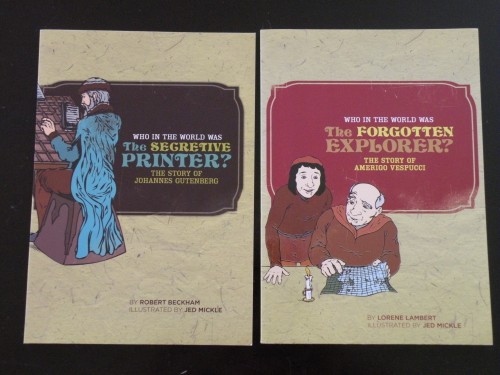 In our homeschool, we simply used the Who in the World? biographies as they came up.  Each was a welcome addition to our study, adding valuable historical information in a manner appropriate for children.  A simple search for additional information about several of these historical figures reveals information that is not child-friendly.  The Who in the World? series handles these issues by discussing only the parts of the each person’s life that can be readily understood by an early elementary-aged child.  This is not to say that the historical figures are made to seem perfect.  As in The Story of the World, the historical narrative is balanced—the positive lives alongside the negative in these real people of history. 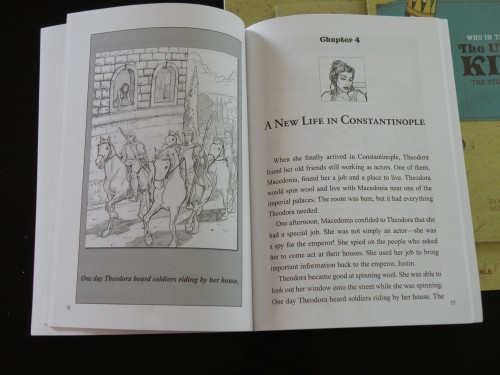 The integrity of the history is not compromised, and children are allowed to learn in a manner that safeguards them.

We are wrapping up the Middle Ages at our house.  It has been fun and informative to spend a little bit of time alongside the saints, sailors, kings, queens, scientists, and artists that make up this period of history.  Thanks to the Who in the World? series we have had the pleasure (or pain depending on the character) of making the acquaintance of Empress Theodora, King Ethelred, Amerigo Vespucci, and Johannes Gutenberg as well. 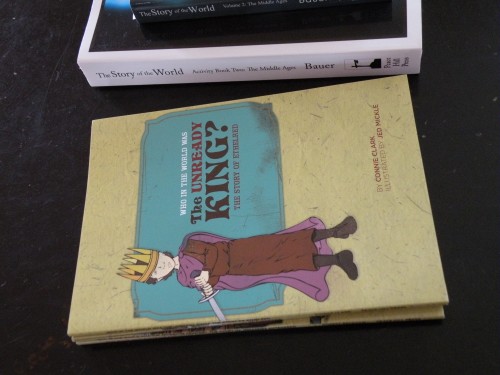 The Who in the World? biography series can be purchased from Peace Hill Press.  Each is available in book, audio, PDF, and MP3 versions.

The four books in Peace Hill Press’s Who in the World? biography series were provided to Susan free for the purpose of review.  She has reviewed them truthfully and honestly, and is delighted to be able to do so.  It would be sad (and bad manners) to have to say that you didn’t like something someone gave you.

Most days find Susan on the couch reading to her children, in the floor “playing” math, and generally in the middle of a good-sized mess.  A love for the Lord, a love for her little ones, and a love of learning have led Susan and the  wonderful man she married to an educational philosophy that is Well-Trained Mind-inspired classical and Charlotte Mason, with a touch of the traditional.

Would YOU Like To Write Curriculum Reviews?
Arithmetic Village Review and Giveaway